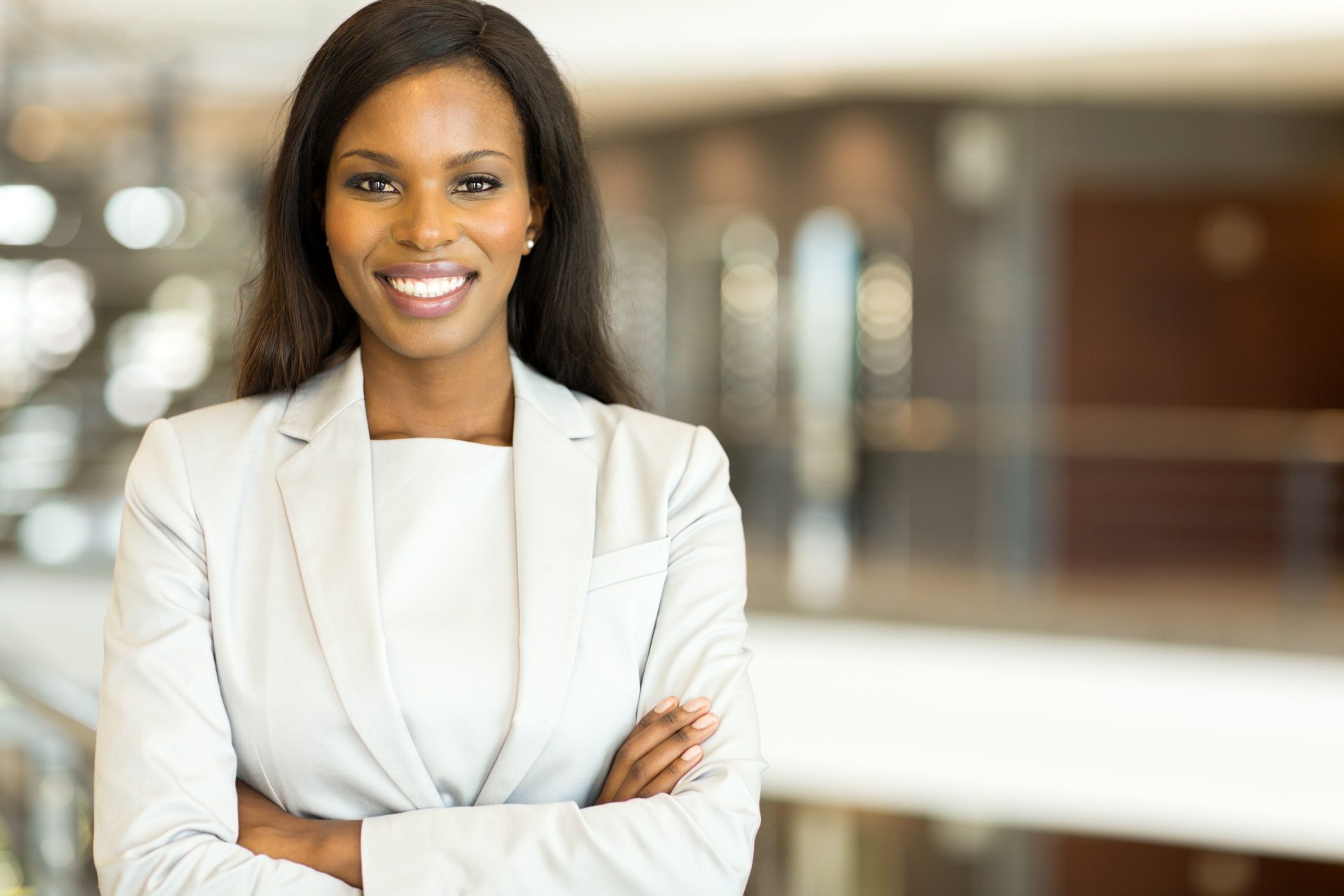 Empowerment of women can be understood as the process of supporting women in gaining control over their lives and their ability to make independent choices. In its true essence, it means that they have complete and absolute ownership of all matters concerning their own lives, and are not being prejudiced based on their gender.

Empowerment may have a different meaning to different women. For some, it might mean not having to conform to social norms of acceptable conduct, and instead having the choice to express themselves according to what feels best for them. This could be something as fundamental as the right to choose what to wear or what career path to pursue.

For others, it may mean intellectual and financial independence and to have the same legal rights as men. Despite what empowerment means for the individual women, the essential core of the idea is for women to have an equal say and right to all aspects of life that directly or indirectly concern them.

Women represent half of the world’s population. In many parts of the world, Africa included, the majority of women however still do not have access to equal rights. Not only does this have significant social impacts, but stripping the rights of half of the population also limits the economic and overall development.

The more than 600 million women in Africa represent over half of the continent’s population. Most of these women are in charge of running the household, and a majority of them are the critical food producers, representing more than 43% of the agricultural workforce.

According to UNESCO, the majority of young girls of primary school age does not have access to primary education, and another fraction of those who do, never end up graduating. This number represents a massive potential of untapped female talent.

It is a known fact, that educated women are more likely to get married at a later age, rear healthier children and participate more actively in family planning. The financial constraints affecting African women are not just limited to the access to income or financial assets but also the lack of control over their utilization.

Many African women are financially dependent on the male members of their family, which makes it difficult for them to exercise control over the financial assets they may possess. The financial constraints are further perpetuated by their lack of access to decent, paid work. Some African countries still do not allow their women the right to have ownership over commercial property.

Even though everyone should have the right to education, its realization for female children still has to go a long way. While poverty is the biggest hurdle to a girl’s right to education in Africa, gender roles comes right after. Gender discrimination often limits girls’ access to school as they are supposed to be better suited to handle household chores.

When it comes to education, in many African cultures, the male child is given preference over the female ones, as the former is expected to support the family later. These differences in education have far-reaching consequences for the social and professional future of many girls.

Different religious, historical, economic, and cultural factors play a role in the early marriage of African women. In many African countries, early marriage is performed as it provides an effective mechanism for the transfer of the father’s patriarchal rights over the daughter to an older male in the community.

This practice thus reinforces the family’s social status, while consolidating their economic relationships. Despite their long-term implications like early motherhood, lack of proper healthcare and education, such cultural practices are still used to justify the prevalence of child marriage in African countries.

By presenting new opportunities, technology can help women in asserting their rightful place in society. Mobile internet penetration can be used as a perfect opportunity to harness the internet as a platform to voice sentiments of openness and freedom. Social media platforms can help women in spreading their stories, thus giving them a sense of shared identity which had not been available to them before.

Technology can also help women in family planning. In Senegal and Uganda for instance, women are using SMS campaigns for efficient family planning, and are educating themselves on matters of primary sex education and birth control. The advent of mobile money is also contributing to their financial independence by enabling them to send and receive money on their phone.

By making access easier and simpler even in landlocked regions, technology can make education possible for women at all stages and walks of life. By attending distance learning courses, fewer women would be required to drop out of school, and those who have dropped out early can resume education at a later stage.

With regard to domestic violence and gender discrimination, several helpline portals for women have been established by non-profit organizations which shall help in protecting women from instances of abuse and provide them training to make themselves financially independent in cases of separation.

It is important to realize that business development and leadership skills have an equally vital role to play in women’s economic empowerment. It is therefore crucial, that businesses operating in Africa prioritize this subject and encourage the development and promotion of senior female executives.

One way to achieve this purpose is by investing in the Women’s Empowerment Principles (WEPs), which is a joint initiative of the UN Global Compact and UN Women. The WEPs provide businesses with the necessary tools and resources that can help them redefine their corporate strategies in a manner that falls in line with promoting gender equality in the workplace.

The WEPs also act as a community for business best practices that enable the involved stakeholders to share their challenges and success stories, thereby motivating others to take more initiatives that benefit the cause. Women empowerment can be integrated into business at all levels.

Once businesses in Africa start identifying women empowerment as a priority and start integrating it into their core business activities, it will change women’s lives significantly, not only from an economic point of view but also regarding their dignity. Empowered and independent women not only add to the financial resources of their families, but they also play a crucial role in the management of those resources.

As their dependency on male members reduces, they are becoming more efficient at planning finances. Not only are women playing a significant contribution to Africa’s overall GDP, but they are also able to identify and channel their income to lucrative investment opportunities. Research has shown, that African women often behave more responsibly when it comes to managing finances. Their history of being in charge of running the household not only makes them better managers, but it also gives them an innate skill of taking care of finances.

It is important for women to support and encourage each other in their constant effort of establishing empowerment, something which has been promoted by the Women in African Power (WiAP) network. This network is aimed at promoting and encouraging women’s participation and elevating their presence in Africa’s energy network.

The WiAP comprises of a diverse group of female leaders who represent the government, the private sector as well as the civil society. This network provides African women with a regional platform for information exchange, mentorship, networking, and exposure to business opportunities.

Another example is the Girls Empowerment Network, which sought to eradicate child marriages. By forming an alliance with the community leaders of southern Malawi, the Girls Empowerment Network along with the advocacy work of Banda developed bylaws that penalized men who engage in child marriage. The joint efforts of these two initiatives also led the authorities to increase the legal age of marriage from 18 to 21 years.

Women empowerment across the African continent has also been supported by many social media communities. By providing much-needed support, these online spaces allow women to come together and share their stories. One such initiative, Female in Nigeria (FIN) has been started with the purpose of providing women with a platform to raise their voice.

This non-judgmental online space allows women to share their experiences and seek advice from each other whenever necessary. The platform allows women to discuss all sorts of issues ranging from marriage, domestic abuse, and gender discrimination.

Despite the numerous initiatives taken towards the empowerment of African women, the sad reality remains that African women are still underserved when it comes to their access to both secondary and higher education. Only 64 women out of 100 men gain access to tertiary education. In addition to this, the pressure to marry early and have children poses further barriers to their development.

To add to all this, a lack of female role models and growth opportunities further deteriorate their conditions. It is important to realize that education plays a crucial role in the advancement of women. Educated women are less likely to resort to marrying early, and are more likely to invest more in their personal and professional growth. Each year of school boosts the average African women’s wages by 10 to 20 percent, which has a direct correlation with the per capita growth of the continent.

However, access to education alone is not sufficient to change the existing status quo of African women. The solution to gender disparities also lies in providing women with equal employment opportunities. Education and employment together form the recipe to enable women to become truly empowered and independent, thus allowing them to have a life that is solely based on their choice.

African women who generate income reinvest up to 90% of their earnings in their families. Their children are healthier and benefit from greater nutrition and higher immunization rates. The daughters of working women tend to stay in school longer and complete their education, thus contribute to higher wages in the future. Despite the sheer importance of education and employment of women in Africa, the programs designed to address their education and jobs are still very few.

The companies operating in Africa have the direct means to empower women by hiring, training and promoting them to executive positions. Furthermore, they can work with and support local businesses that empower female professionals. Finally, if Africa wishes to boost its overall economic development, it is essential that the governments start revising their policies in order to effectively empower the female population. 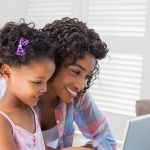 Right here is the perfect blog for anybody who wishes to find out about this
topic. You know so much its almost tough to argue with you (not that I personally would want to…HaHa).
You definitely put a fresh spin on a subject which has been discussed
for ages. Great stuff, just excellent!

Hi! I realize this is somewhat off-topic but I had to ask.

Does managing a well-established blog such as yours take a lot of work?

I am completely new to writing a blog but
I do write in my diary everyday. I’d like to start
a blog so I can easily share my personal experience and thoughts online.
Please let me know if you have any kind of ideas or tips for brand new aspiring bloggers.
Appreciate it!

Now I am ready to do my breakfast, after having my breakfast coming over again to read additional news. Tobi Rayner Kevina