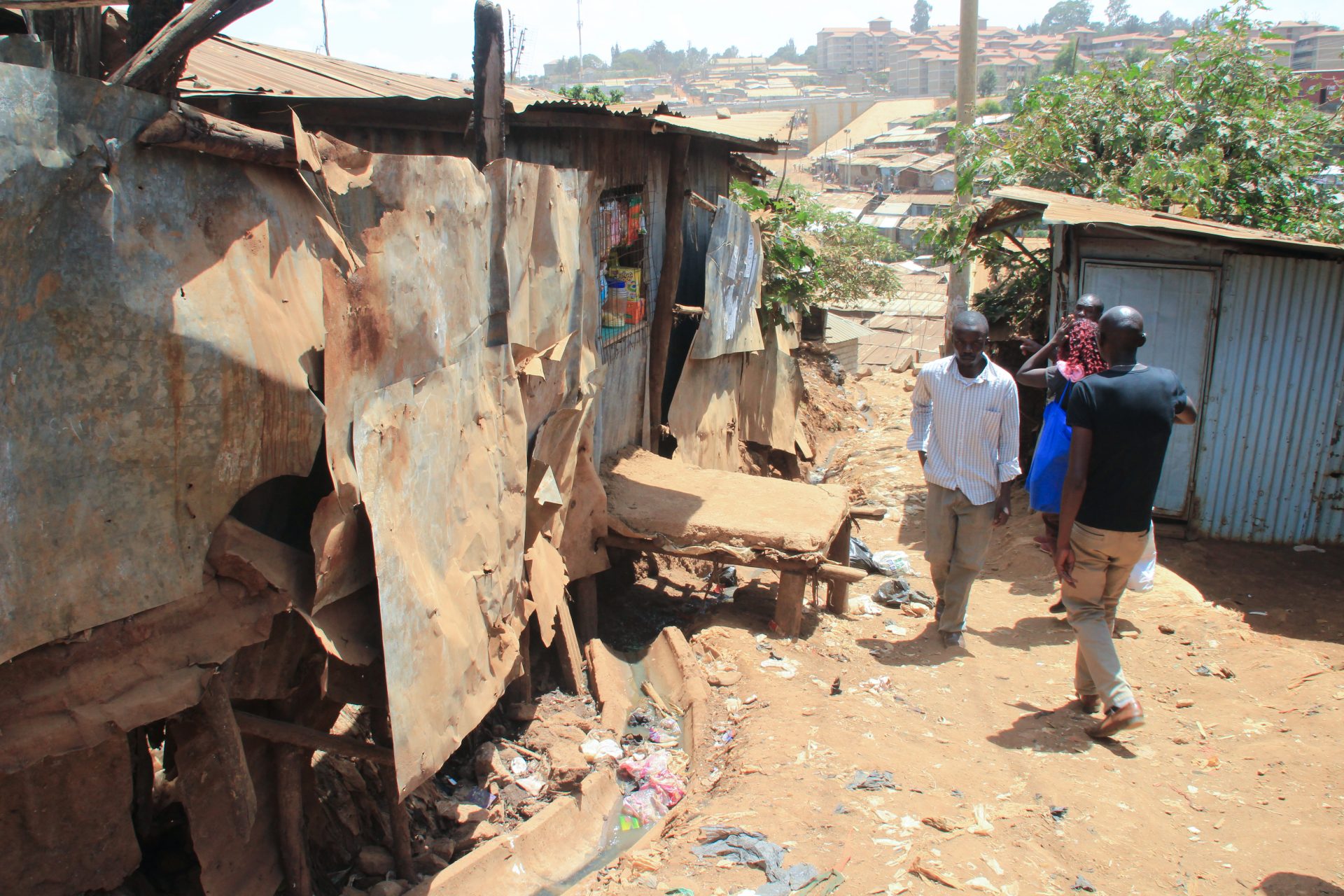 Two of Africa’s key assets are its natural resources and its young population. If harnessed productively, they could build the foundation for sustainable economic growth. However, the lack of modern infrastructure is a significant hurdle in the continent’s development.

According to the World Bank, Africa’s infrastructure development varies considerably across different sectors and regions. For instance, the quality of infrastructure has seen significant enhancements in the telecommunications sector. However, the power sector has not developed as rapidly and the continent’s capacity to generate electricity has seen little improvement over the past 20 years.

While Africa is making progress in other areas, the infrastructure gap between the continent and other regions of the world is widening. The poor state of infrastructure in Africa spreads across the entire continent, irrespective of whether a country is resource-rich or poor. For instance, Namibia and South Africa are the only countries with qualitative ports, similar to those in developed countries.

Even though there has been improvement in water supply, with over 75% of the population having access to safe drinking water, there is still a lack of water management infrastructure. Despite Africa’s abundance of water resources, they are grossly underused due to insufficient water distribution and storage. To prepare the continent for floods and other unpredictable climate events, a significant expansion of the water storage capacity is needed.

The cost of expanding water storage is however high. The wealth of resources that define Africa seldom translate into wealth for its citizens. One of the many reasons for this income gap is the lack of viable infrastructure. World Bank research suggests that the per capita GDP growth could increase by 1.7 percentage points per year if Africa brings its infrastructure development at par with the developing world.

The poor state of infrastructure in Africa poses a number of problems to businesses, not only in terms of mobility, but also regarding their operations as the entire continent is affected by a chronic shortage of power. According to the AfDB, approximately 60% of the continent are still without electricity. This lack of power severely affects the business’ ability to operate.

The regular disruptions of power cause power outages, Wi-Fi malfunctions, and outages of phone lines regularly, thus making even the most basic business processes time-consuming. Further, the lack of power also impacts the spending power of a country. Most of the countries with less than 80% electrification rates suffer from a reduced GDP per capita.

The lack of mobility infrastructure also poses a significant problem in the development and growth of a business. Railway systems in the continent are sparse, and those that exist are of poor quality. Poor quality of transport infrastructure affects businesses in all sectors nearly the same, be it technology, agriculture, or manufacturing.

Not only does it slow business down, but it also makes it difficult to procure the necessary raw materials in time. It further makes it difficult for e-commerce businesses to deliver products, thus compromising the scalability. This prompts them to launch their own logistics units, thus further adding to business costs. The constant contrast between lack of infrastructure and high costs of construction puts the continent in a never-ending cycle, and forces it into foreign debt.

Despite the poor conditions of the infrastructure, several countries are fighting the status quo. Senegal, for instance, is actively investing in the port of Dakar situated in Bargny. The power infrastructure in Cote d’Ivoire has also improved due to the efforts of the country’s electricity generation company, CIPREL. The country has surpassed 2,000 MW in power capacity and successfully exports power to Benin, Ghana, Burkina Faso, Togo, and Mali.

When it comes to road infrastructure, Namibia is leading the continent with roads providing efficient mobility across the entire country. The upcoming high-speed train network in Nigeria will connect the cities of Kano, Lagos, Kaduna, Bauchi, Warri, Port Harcourt, and Abuja.

Funded by China’s Export-Import Bank and carried out by the China Railway Construction Corporation (CRCC), the train network is expected to significantly stimulate the economic activity in the relevant regions. China also funded 80% of the $11.7 billion cost of the Nairobi-Mombasa railway line project. This new line reduces travel time between Kenya’s two most important cities to 4.5 hours, and shall help Kenya to increase freight trade.

As part of its series of infrastructure investments, Kenya is also upgrading its Jomo Kenyatta Airport. Once the development is complete, the airport will have the capacity for 20 million passengers each year. Another important investment in infrastructure is the construction of the North-South Corridor that will link eight countries in Southern and Central Africa.

The 10,000 km long link shall start from South Africa to Zambia and Congo, further to Malawi and Botswana. This $ 1 billion project will substantially strengthen cross-border trade and tourism in the region. The Grand Ethiopian Renaissance Dam is also an excellent example of water management project in Africa. Constructed over the Blue Nile River, the dam is expected to generate 6,000 MW of energy.

Another example of the developing infrastructure in Africa is the Regeneration Project and urban development on 14,826 acres of the Bouregreg Valley in Morocco. A conglomeration of neighborhoods, public amenities, and spaces, the project is aimed at preserving cultivated lands, creating natural ecological areas, carrying out reforestation activities, and restoring natural watercourses.

Spread across all sectors, Africa needs at least $170 billion of infrastructure spending and must generate an additional 7,000 megawatts of power a year. In the ICT sector, an intraregional fiber-optic network and continental submarine cables are required.

When it comes to road networks, the priority needs to be given to interconnecting ports, capitals, border-crossing and secondary cities, and a provision of all-season road access to the continent’s high-yielding agricultural lands.

About 40% of the total infrastructure spending needs are associated to power. Power storage for water resource management and hydropower, water supply, sanitation, and transport are the most significant areas requiring attention. Implementing these changes would cost about 15% of Africa’s GDP.

Chinese entities have already funded ports, railways, and motorway projects which are at various stages of completion across the continent. In Egypt, for example, China has pledged $35 billion for the development of an entirely new city east of Cairo.

The African Union has also adopted a promising initiative for developing regional and cross-border infrastructure projects, The Programme for Infrastructure Development in Africa (PIDA). Although still in its infancy, PIDA has identified 51 Priority Action Projects (PAP) that hold strategic importance in Sub Saharan Africa.

Expected to cost around $ 68 billion, the projects shall be funded through a mixture of government funds, official development assistance, public private partnerships, regional development banks, and other partners.

One example for the continent’s latent potential is the Democratic Republic of Congo (DRC) which has the natural resources to emerge as Africa’s driver and powerhouse. Despite years of political unrest, the government has undertaken initiatives to make the country welcome to investment opportunities. For instance, it has liberalized the national energy sector and encourages investments in the fields of distribution, production, and electricity transportation.

The government has also launched a variety of projects to close the country’s energy deficit. For instance, the construction of the Inga III power plant, one of the most significant investment projects on the African continent, funded by a consortium of Chinese and Spanish investors.

If set up in a transparent way, including proper assessment and management of ecological and social consequences, such project could address a significant part of the country’s severe energy deficit and serve as sustainable energy resource for the population and local industries, as well as generating income from exports to other countries.

Despite the challenging business environment caused by the lack of clear legal, regulatory and fiscal investment framework, the DRC’s has remained attractive for foreign investment. Its surface area of 2,345,000 square kilometers has an underground rich in a variety of minerals including cobalt, copper, uranium, silver, zinc, lead, diamond, cadmium, gold, tungsten-tin, coltan, and magnesium.

The government has formed a firm resolution to accelerate the diversification of the economy and is committed towards the promotion of the country’s remaining sectors. The implementation of the one-stop shop in 2013 has significantly reduced the timeframe required to establish and set up a business in the country. While it used to take enterprises almost six months and a bureaucratic procedure involving various ministries and public administrations, the timeframe has now been cut down significantly.

Streamlining the incorporation process reduces set up costs and presents a great incentive for both local and foreign businesses to set up their operations in Congo, thus making the country a hub for increased business activity. DRC has also been investing significant funds in improving its underlying infrastructure. Modernizing and refurbishing the country’s infrastructure has been one of the priority pillars of the government’s basic action programs, particularly in the field of agriculture.

These infrastructures not only accommodate the interests of various stakeholders but also focus on making technological changes. The DRC government has been increasingly calling upon private investors within the framework of public-private partnerships, and groundwork has already been laid to improve the country’s ICT infrastructure.

In addition to this, initiatives have been taken to refurbish transport infrastructure (road and rail), air industry (control towers, runway, terminals and technical blocks, air navigation equipment), and creating lighting equipment, among others.

Several more projects are underway to make the country friendly for the setup of local and foreign businesses. Given the proper investment opportunities, DRC is well on its way to establishing itself as the powerhouse of Africa. 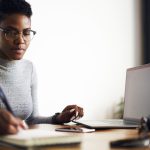 Risks And Misconceptions Of Doing Business In Africa 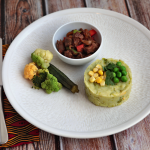