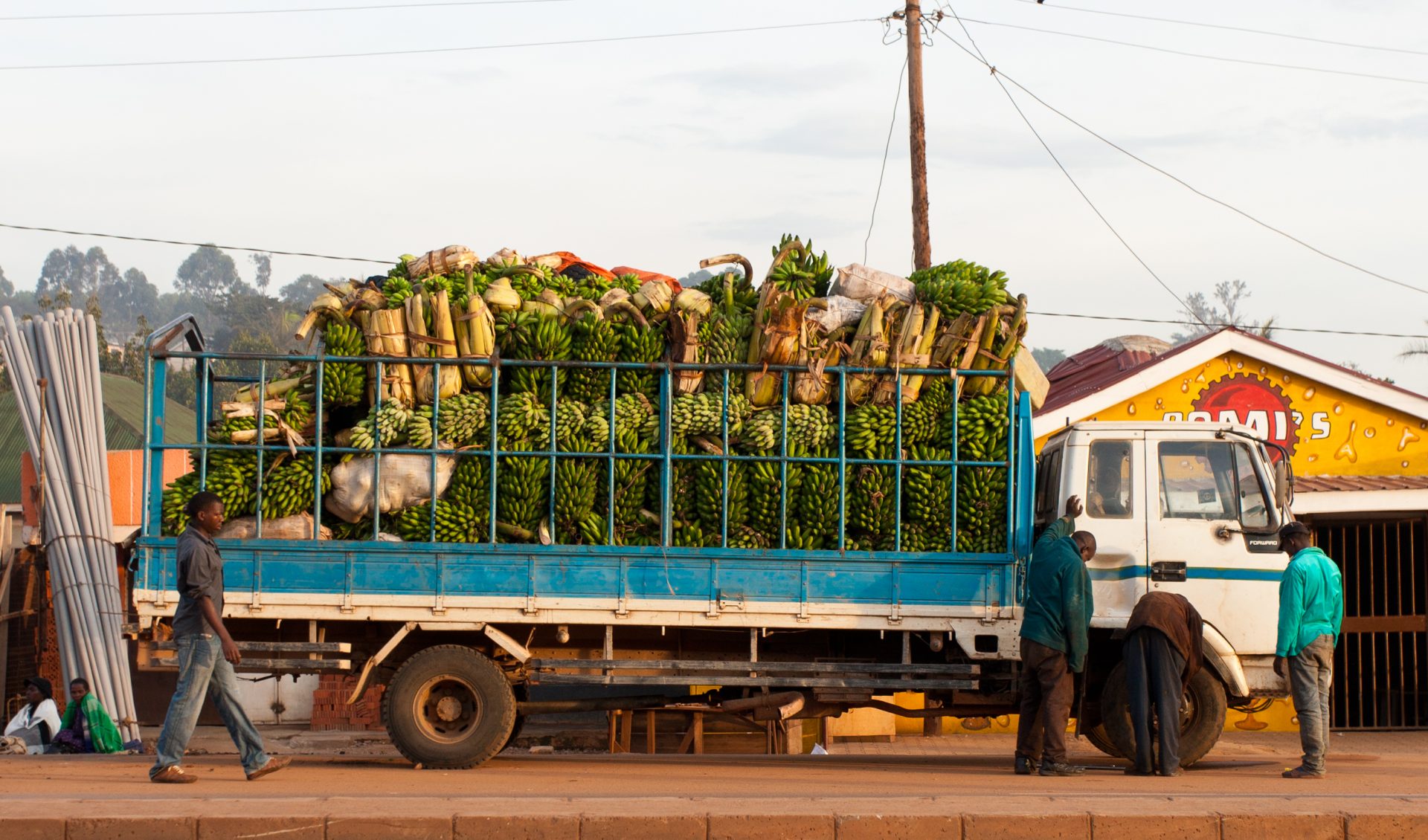 Trade among African countries is a key factor for the development of sustainable economic growth and integration across the continent. The heterogeneous nature of Africa’s national exports is a strong driver for intra-African trade as the variety of products represents a huge potential. For instance, resource-rich countries can obtain supplies from countries with advanced agricultural productivity.

When it comes to raw material trade, studies have demonstrated that trade within African countries brings more value than trade with other continents. It further creates more employment opportunities. When it comes to the acceleration of economic growth on the continent, intra-African trade can establish and strengthen product value chains, while facilitating the transfer of knowledge and technology. It further spurs infrastructure development and attracts foreign investment.

In an effort to promote intra-African trade, the African Continental Free Trade Area (AfCFTA) was agreed in Kigali on 21 March 2018. The single market framework of the AfCFTA aims to improve the continent’s prospect for value chain management, global production, and consumption capacity. The integration of African markets through AfCFTA offers equal opportunities to open markets to all participating countries.

By removing obstructions which inhibit intra-continental trade at the implementation stage, the agreement aims to establish a customs union which ensures free movement of capital and people across borders. One of the many aims of the initiative includes the creation of an enlarged marketplace of 1.2 billion people for all 54 African nations.

The free trade area would not only boost intra-African trade, but would also support economic diversification, industrial development, and economic growth across the continent. The AfCFTA also aims to amplify Africa’s economic possibilities and market potential for the rest of the world, global investors in particular.

This leads up to a wide economic deficit, one that could be easily overcome if intra-African trade becomes the norm. The main factors that contribute to the low level of trade within the continent include regional integration, conflict, and infrastructure. The African continent is made up of a large number of small, landlocked market regions.

These market regions are mostly independent from their neighboring countries, or even divided due to political tension or conflict. These factors not only contribute to low levels of economic growth, but they also destroy the much-needed export infrastructure, while reversing and slowing down regional integration.

Africa’s notorious customs environment is yet another inhibitor for trade within the continent, and the high fees charged by the customs offices are only part of the problem. Sub-Saharan Africa is the world’s most expensive region to conduct trade. For intra-African trade to thrive, it is important for African countries to harmonize their inter-state commercial rules and regulations.

However, the 54 countries which make up the African continent have conflicting interests when it comes to the establishment of trade. The differences exist in the basic structure of their policies. While some African countries have decentralized and federalist government systems, others follow a more centralized approach. Further, the differences in the socio-economic landscape among the African countries contribute to the differing in expectations from trade relations.

In an effort to bolster trade within the continent, a number of preferential trade agreements have been signed among various African nations. These agreements, which are subject to individual country’s laws, have resulted in an intertwined mix of overlapping legal frameworks. Every African country is party to at least one regional-economic agreement, and some are members to even five or more. This intermixing of legal agreements has led to even more complex trade laws, thus preventing a free flow of trade among countries.

One of the most prominent challenges to intra-African trade are the non-tariff barriers. Caused by the deficit in political goodwill, the application of such non-tariff measures, further slows down trade. It is therefore crucial to roll back non-tariff barriers if goodwill has to be established and trade has to be increased between the African countries.

However, tariffs alone are not the biggest impediment to inter-African trade. Some countries have a poor infrastructure and low manufacturing capacity, which means that they would not be able to produce an optimum amount of finished goods for exportation. The majority of African countries have a colonial extractive infrastructure.

For example, while there is a colonial railway line from Kasese to the Indian Ocean port for the export of copper, there is a lack of paved roads in most parts of the continent, thus significantly raising shipping costs. Integrative infrastructure that promotes a more extensive flow of goods is a challenge that is yet to be overcome.

Africa’s maritime ports pose yet another set of problems. The port productivity of the entire continent is only 30% of the international standards. This underperformance is partly due to an unequal usage of Africa’s ports. Only six (Egypt (3), South Africa (3)) of the continent’s ninety ports handle 50% of the trade traffic. These limited operating ports also charge expensive duties.

The port of South Africa’s third most populous city in Durban, for instance, which is also Sub-Saharan Africa’s busiest port, is costlier than any other major harbour in the world.

Another important factor inhibiting growth in intra-African trade is the lack of value addition to products. When many African countries produce similar raw materials, the trade potential is limited as people are less likely to spend money on goods that they can easily procure in their own countries. There is, therefore, a need of value addition to products for the trade to increase within the continent. Agriculture-rich economies, for instance, could maximize their trade potential by offering value addition on their goods that they offer to other economies which lack in agricultural produce.

Lack of value addition is not the only deterrent of the trade across the continent. Policies that work well for some countries may not work well for the others. This results in a loss of trade potential that could have otherwise contributed to the economic growth of both economies. For this reason, the governments need to eradicate these structural barriers through proper planning.

A strong political commitment through leadership and setting down of regulations that promote a free flow of goods will help develop trade across the continent. While Africa is famous for its sprawling diversity of products across agriculture, natural resources, textiles, and now also technology; most of the African people are deprived of these opportunities. While many African economies are making efforts to diversify their income source by creating opportunities for trade and investment, most of Africa’s exports are shipped overseas, particularly to the European Union (EU), the US, and China.

This drastically limits the trade potential within Africa, thus leaving smaller economies with just a handful of resources for trading. The establishment of the Africa Continental Free Trade Area aims to promote the exports within the African continent, and in return to give smaller economies an opportunity to improve their economic condition. The African continent comprises many diverse trade economies, however, their sheer number also leads to many African countries specializing in manufacturing the same products as their immediate neighbors.

With a limited number of complementary goods to trade across boundaries, these countries fall short of fully realizing the economic gains to make a significant comparative advantage. This lack of economic diversification limits the utility, and consequently, the extent of intra African trade.

As a result, a reversal of this scenario holds true. The distinct lack of intraregional trade also drastically limits the abilities of these small economies to become diversified. This continuous loop of lack of diversification leading to lack of trade can only be abated through the active enforcement of the AfCFTA. 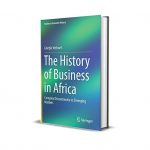 The History of Business in Africa: Complex Discontinuity to Emerging Markets 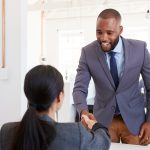 What Recruiters Need To Know About Hiring In Africa

ATTN: africancube.com / What You Need To Know About The Africa Continental Free Trade Area – Africancube SERVICE
This notice EXPIRES ON: Mar 13, 2020.

We tried contacting you but were unable to reach you.

For information and to make a discretionary payment for africancube.com services.

I don’t typically comment on posts, but as a long time reader I thought I’d drop in and wish you
all the best during these troubling times.

From all of us at Royal CBD, I hope you stay well with
the COVID19 pandemic progressing at an alarming rate.

Hey there! Someone in my Myspace group shared this website with
us so I came to look it over. I’m definitely loving the information. I’m bookmarking and will be
tweeting this to my followers! Wonderful blog and wonderful style and design.