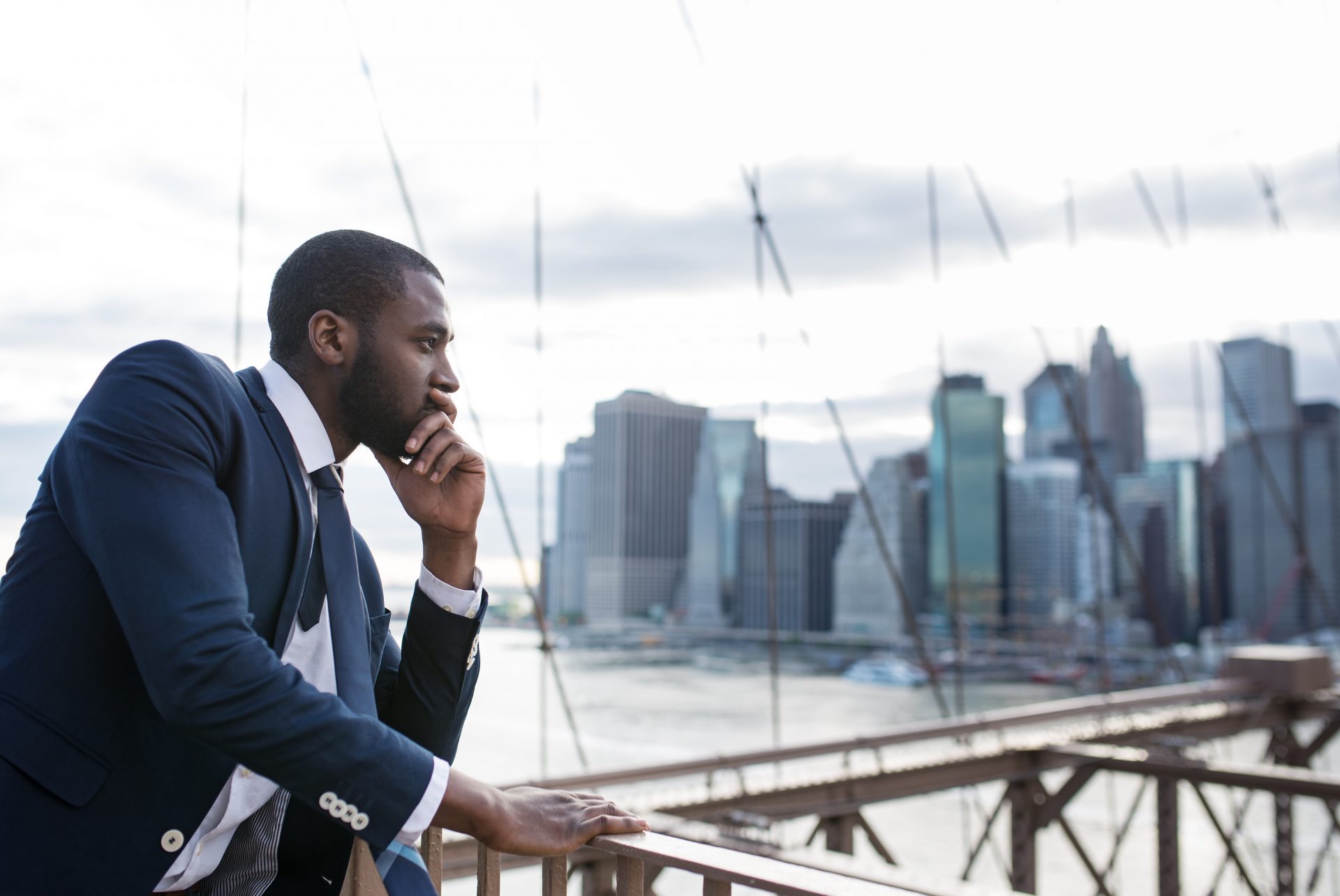 The African diaspora plays an essential role in promoting the continent’s development, whether in form of tourism, sharing of knowledge, or transfer of remittances. Many African countries are actively investing in initiatives that aim at harnessing the vast potential of their diaspora. Kenya and Ghana, for instance, have established diaspora-specific units within their governments.

For many countries however, providing an accurate estimate of the size of their diaspora, already poses a challenge. African governments must therefore start by mapping their diaspora and keeping records of their locations, professions and citizenships. This would allow them to better understand their diaspora population and to determine how they can be encouraged to participate in the development of their countries.

To make this possible, it is important for African governments to establish formal lobbying and advocacy groups which enable the diaspora to undertake more effective and targeted action. Since remittances have become an essential part of Africa’s foreign revenue, governments would benefit from developing a mechanism which would facilitate the use of these remittances for development purposes.

For instance, Ethiopia and Kenya have introduced diaspora bonds that target large-scale development projects. However, most government action targeting the African diaspora takes place on an ad hoc basis and is loosely organized. As a result, diaspora members find it cumbersome to undertake large-scale collective action which could benefit their home countries.

According to the World Bank, the African diaspora transfers overall remittances worth $40 billion back to Africa every year. Apart from financial contributions, the diaspora also promotes development through its networks, innovation, and outreach programs. Initiatives like Shea Yeleen, Villages in Action, Face, Africa, Akili Dada, and Shea Yeleen are some of the efforts launched by the diaspora to support the development of Africa’s local communities.

The African diaspora has proved increasingly useful in promoting the continent’s potential, for instance, through training. The mostly better educated, trained, and employed Africans living in developed countries have more experience and a better understanding of how businesses operate at a global level. This know-how can be passed on to the people back in their homeland.

Many African professionals have left the continent over the past decades to pursue careers in North America and Europe, many of which hold tertiary and postgraduate qualifications. Due to their education and professional experience, they are a significant asset for the African economy, which is yet to be fully unfolded. Titi Banjoko rightly described the diaspora as “cost effective, passionate consultants” for Africa.

Local and international companies operating in Africa have started actively recruiting executives, who had left the continent in pursuit of better education and career opportunities, back to Africa. It is important to encourage recruitment back to Africa, not only to directly address the talent gap, which is particularly apparent for management roles, but also to involve these successful leaders in the long-term progress of developing the continent.

Despite Africa’s economic progress, the growing skills gap still poses a significant problem for both local and international companies. This is partly due to the brain drain and partly due to underinvestment in education, insufficient number of higher education schools, and slow emergence of companies that invest in the training of new talent. While western companies have started investing in local talent development, it will take years before this talent gap is addressed appropriately. A more immediate remedy to the talent shortage is the recruitment of the African diaspora back to their home countries.

While recruiting professionals back to Africa has its benefits, it also comes with its challenges. One of them is the sense of dual nationality and habitual way of life, particularly for the second generation of the African diaspora. Regardless of the destination country, relocating to Africa requires preparation and the willingness to adapt to the local lifestyle.

Further challenges can be the cross-border interview phase and an overall long recruitment process. But perhaps the most significant challenge in recruiting professionals back to Africa is the remuneration. In general, the main reason for their parents or themselves to leave their home country was the opportunity for career progression and higher salaries.

Coming back to their home countries would mean that their professional growth could be limited and benefits would potentially be less attractive. While Africa would benefit exponentially if the African diaspora came back, it is crucial to identify the barriers preventing strong candidates from to committing to this step. There is therefore an urgent need for African governments to address the challenges faced by the diaspora, and to launch relevant initiatives which facilitate the recruitment of international Africans, in both, the public and the private sector.

Not only do these businesses contribute to the growth of Africa’s GDP, but they also present an important source of employment. While it is positive that the majority of remitted assets is invested in real estate, capital markets, and business set ups, only a small portion of the remittances are used for investments in healthcare and education. This poses a significant problem in the overall reduction of poverty. While it is essential to move forward and look at developmental opportunities, it is also important to invest in areas which require immediate attention.

The diaspora’s incredible potential has been recognized by the African governments, decision makers, and organizations. They understand that beyond being a source of investment income, the diaspora is a legitimate stakeholder in the continent’s future. In reaction to this, the African Union has declared the diaspora as the Sixth Region of the African Union.

Diaspora entrepreneurs and organizations are bringing in new opportunities for continent-wide development and growth. Through skill-training and new technologies, the diaspora can enable African citizens to make the best out of their shared cultural diversity.

The diaspora also has the power of changing their host countries’ attitude towards the African continent by educating them about the developing reality of the continent. In times of disaster, Africa’s people have been their greatest resource. Diaspora groups can prove as a crucial lifeline when the hour of need strikes, both by delivering help and spreading messages.

It’s not the continent borders which define Africa, but its people and their culture. Africans are celebrated for their culture, innovation, and their will to conquer against all odds. The African diaspora living abroad acts as a bridge between Africa and other continents. By celebrating Africa’s diversity, history, and rich cultural heritage abroad, the diaspora community helps to dislodge the stereotypical views about Africa.

The stories they share about the day-to-day life in Africa go a long way in dispelling the myths about the continent. The African diaspora has the potential to play an instrumental role in the continent’s growth. This is a fact to which the policymakers and international development community in both countries of origin and host countries are finally waking up to.

Since a large part of the African diaspora still holds the citizenship of their home countries, they have the power to put political pressure on their host countries for better policies towards Africa. Africa’s diaspora has immense potential to contribute to the continent’s development; however, increasing attention must be given to how the diaspora can be organized more efficiently and how remittances can be invested in a sustainable manner.

The majority of diaspora networks are still struggling to gain recognition for the sustenance of their projects. This challenge in funding and partnership is one of the critical problems limiting diaspora organizations and their potential to contribute towards Africa’s development.

Due to such challenges, diaspora members often find it difficult to determine how they can help their home countries. There is thus a need to organize the diaspora better, so that they can actively contribute towards Africa’s development, while being assured that their projects are serving their real purpose.

As an extension of this, it is also crucial that the remittances sent back home are invested in areas where they can deliver the most benefits. When we talk about Africa’s development, the focus shall not only be on the development of its infrastructure and business landscape, but progress in education, health, and humanitarian infrastructure must be stressed as well. 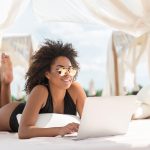 Why You Should Consider Setting Up Your Business In Mauritius 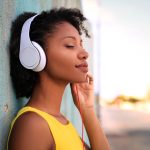 The African-American woman’s independent mindset is present in her growing confidence, self-awareness and rising income. Black women are not only redefining what it means to be a woman for themselves, but are at the vanguard of changing gender roles and unlimited possibilities for American women of all ages and races.